So it is Week 6 of #totoadventures and so much has happened in the past fortnight! Toby and Tootsie have both been to the groomers, who took one look at all their matted hair and decided we had to go crew cut to allow it to grow back naturally again. It was hard enough hearing their heart-breaking whimpering as I left them alone to these canine barbers, but even worse was coming back to see a completely bald Toby, who had lost his boyish Korean boyband member good-looks, and now just looked like a withered old Korean auntie who asks if you would like more bibimbap. 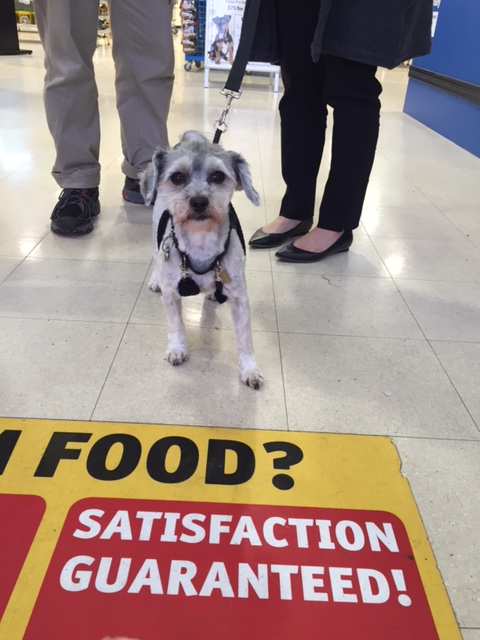 I have decided that the actual make up of these two dogs are: 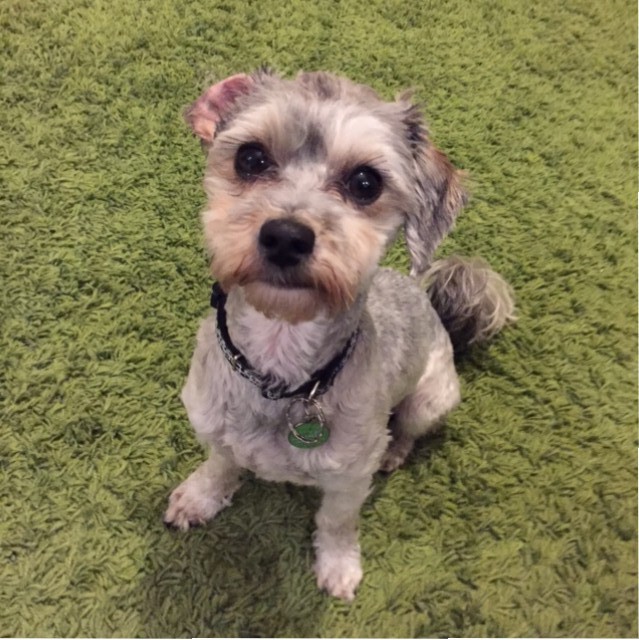 Okay, so it wasn’t so bad. Toby can now 1. sit 2. shake hands 3. up! and has also been seen to fetch the occasional ball.  Tootsie is, on the other hand, yawning frequently at these tasks which she has already mastered awhile ago and is wondering when we would get the unicycle already so she can ride it on a tightrope 50 metres in the air, juggling doggie treats with one paw whilst holding an umbrella in her other.

For all their differing intelligence, these dogs are pretty much the same when they go out on walks. They are sniffing everything from telephone poles to grassy knolls, and are still barking madly at other dogs (the AniMentalist assures us that if we expose our dogs to other dogs in a graded fashion, they may finally be able to play with other dogs calmly, oh,  in about ten years) but were surprisingly quiet when their Master (T.O.H.) was swooped by an idiot magpie the other evening while on a walk with them.

What is even more frustrating is that these dogs are indiscriminately putting shit into their mouths. I mean, like, literal poop. I mean, I would be walking with them, my eyes dead up in the air looking for swooping Collingwood mascots, and the next minute I look down, and Tootsie and Toby are both sniffing vigorously at another dog’s poop, with the occasional tasting of these delightful hors d’oeuvres.

‘I say, Toby,’ says Tootsie. ‘Come and sample these fine delights. Come here, good chap, and allow me to train your nose. Take a whiff of that poop. Go ahead now, take a whiff. Nice and deep now. Now, tell me, Toby,what can you smell?’

‘Ah yes, good sir. That is indeed an astute observation, but you see, there are so many more intricacies than mere poop to be enjoyed in this wonderful little morsel. Go ahead, take another deep breath…’

‘Yes, yes. But look, smell it now, inhale the oakiness and musk of this poop, and if you are really careful, sir, you will detect fine traces of shredded chicken and beef, some carrots and dried dog food. It is, *sniff sniff* I believe, Hills Science Diet Healthy Development and this poop is *sniff sniff* about 23 hours old, which makes it a great vintage. I believe it has been aged before for about *sniff sniff* 3 hours in a *sniff sniff* two-year-old *sniff sniff* Labradoodle, and is that some tissue paper I detect? Ah, wonderful!’

‘Go ahead now, carefully put a tiny piece onto your tongue, and ohp… sure, inhale the whole piece. That works too. Can you taste the subtle hints of the chicken and the slightly overpowering taste of the dried dog food in there sir? The chalkiness of its vintage should bring out the butteriness of the beef.’

‘Taste poop!’ Toby nods in agreement, his mouth crunching on the poop-truffle. ‘Much yum! Very more!’

‘Okay, now just take another small… Say, I do say. Excuse me, do you mind, The Original Hengster? I am trying to teach Toby here the finer art of poop appreciation. You want him to have a bit of class don’t you?’

‘Toby! Tootsie!” I cluck my tongue in frustration. “NO!! Poop is bad for you!” I say, pulling them away.

‘How do you know?’ Tootsie’s educated gaze challenges me. ‘Have you tried some before?’ 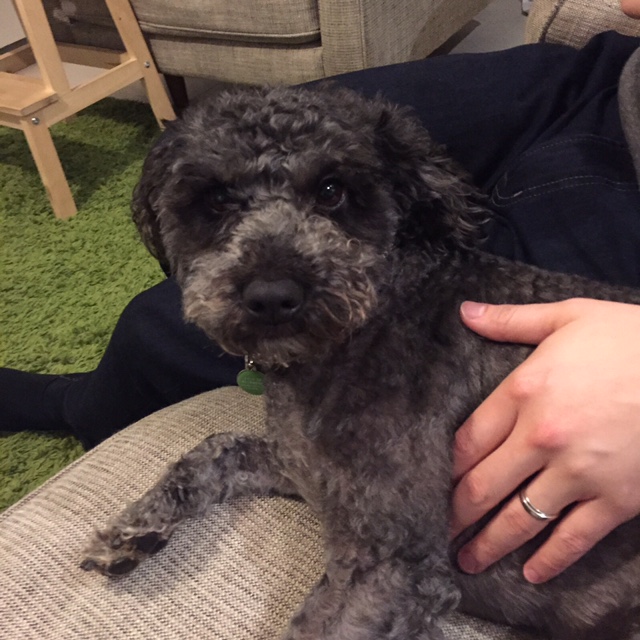 There are some flower beds around a park nearby where I bring them on walks, and I no longer let them sniff in amongst the leaves, because I have realised to my horror, that is actually a poop-fet (a crappy buffet, a Smorgy’s if you will). Too often I have had to pull them away from sampling some other dog’s confectionery hidden amongst the plants there.

Just the other night, we had a steamboat dinner at my house and Mum and my brother and sister-in-law were over. Toby and Tootsie kept coming to the table repeatedly hoping for scraps. We have a No Scrap policy in our house, so they eventually lost interest and slinked defeated onto their beds, watching our festivities from afar. They finally drifted off into a disappointed sleep when it came time for dessert.

Now Karen had gotten us a special treat for dessert – Malaysian durians packed away in a box. Now for the uninitiated, the durian is a most divisive fruit – you either love it (in which case, you are, officially, Asian) or you hate it (in which case, most definitely, Caucasian). It is known as both the ‘King of Fruits’ and ‘a mixture of cheese, vomit and farts’ depending on your leanings. No sooner had I cut the plastic wrapper holding the box of these fruits when Toby and Tootsie suddenly snapped awake, leapt out of their beds and quickly approached the table – so mesmerising was the durian. 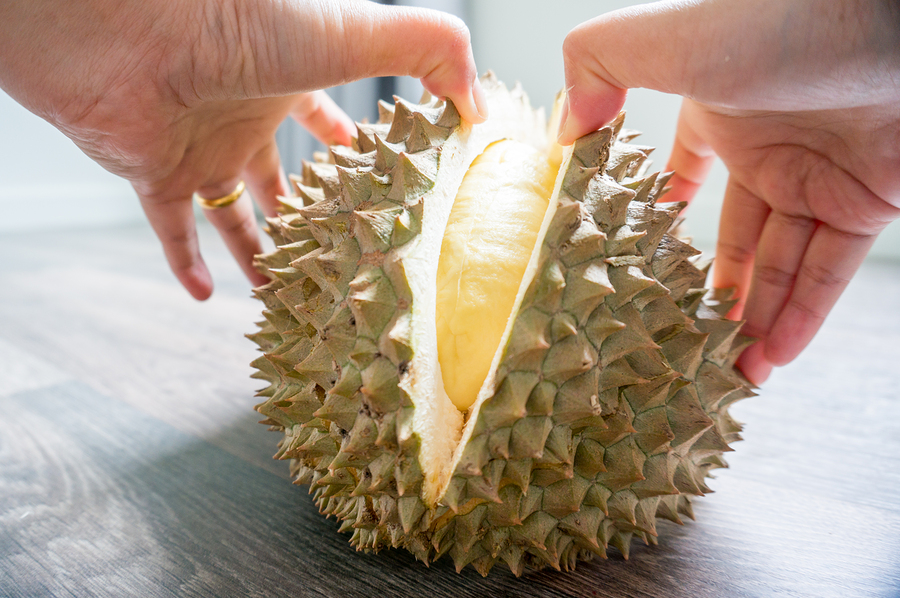 ‘Ah Toby, can you smell that?’ Tootsie’s tail wagged in excitement. ‘The intoxicating mixture of truffles and honey and milk and cream and day-old sock and custard. How heavenly, how marvellous! See? The humans enjoy their poop too!’

(P.S. Karen wants me to tell you that a lot of creative license was used in the writing of this blog. She reassures you that our dogs do not actually eat poop. It is still safe for them to lick your hands.)