… severely unpredictable. This is Melbourne, after all.

What a wonderfully hectic past couple of months this has been – Christmas and New Year’s spent enjoying the company of family and friends, eating to the point of regret and a beautiful wedding to top it all off this week! The best weddings are those that make you remember your own beginnings as a couple, and to inspire you to love one another even more. True love is the one that not only celebrates the happy uncomplicated moments but one that hopes and grows even in the face of adversity. 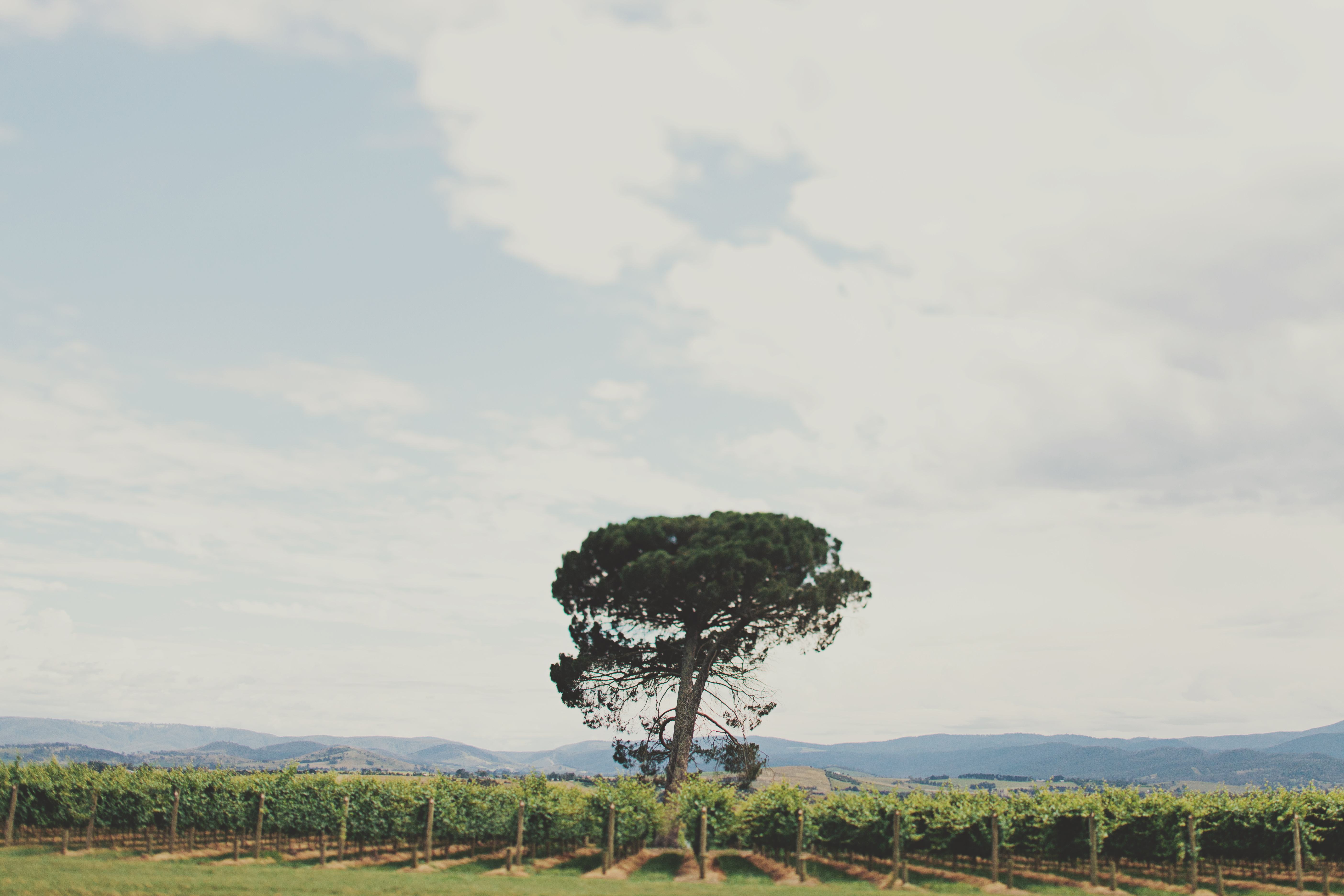 Speaking of adversity, the dogs have proven to be just that! Summertime presents its own sets of challenges – yes, the weather is better (hah! Melbourne should come with a warning: “‘Season’ is only a suggestion of actual weather”) but that means more dogs and their owners skulking around, and also, two of the most disgusting creatures that appear when the weather warms up – and , erm I mean, ants and flies.

Summertime is a time where ants stream like Orcs in the Dwarven Mines of Moria (Yay! LOTR reference ten years late) towards even the slightest opening of anything in your house with even the faintest hint of sugar about it. Which explains why there was an army of ants in their dog food bags sitting in the garage, because goodness knows what they put into it. I killed as many as I could (yes, I am the entire Fellowship in one – I have Frodo’s hairy feet, Aragorn’s noodle hair, Gimli’s height and Legolas’ ears. Sigh.) but a lot still remained crushed around the half full bag of kibble. So I had a decision to make – either throw it away or give it to the dogs.

Toby and Tootsie enjoyed extra protein in their meals for the next few weeks. Hey, if it was good enough for us as children growing up to drink it in our Ribena, it is good enough for our dogs. Look how well and good-looking (see Fellowship reference above) we turned out. Yech. 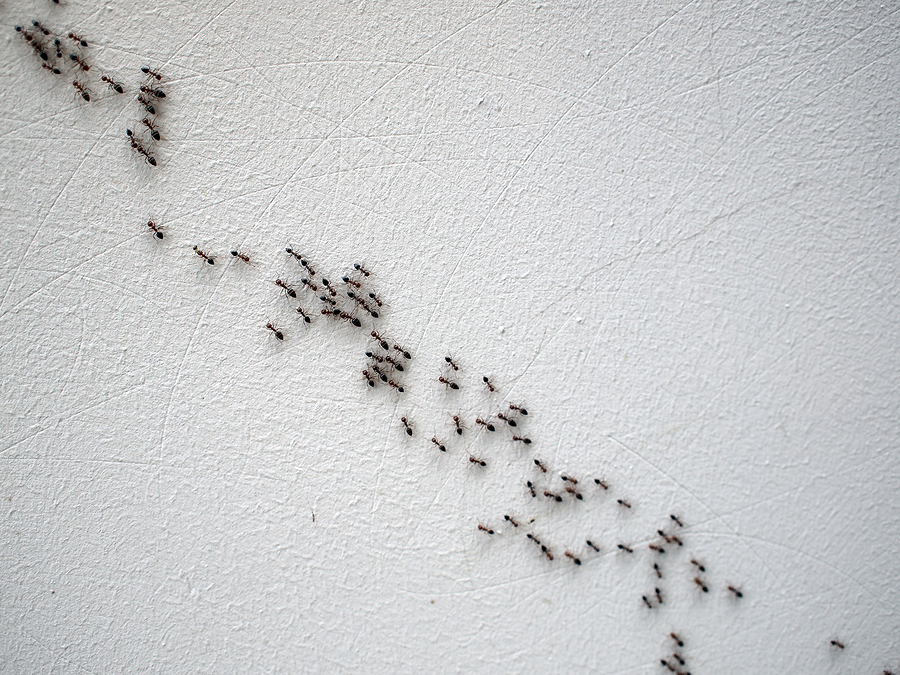 Flies. Oh how I hate them. In Malaysia they would mind their own business and forage among the many open piles of litter strewn under the ‘$500 Fine For Dumping Rubbish Here’ signs. Here in Australia, they hover around you like they’re your best mates. The national Australian salute is the single palm swipe around your head in the summertime when these irritatingly brave insects hover around you and then park themselves on your back by the thousands as if you were the Tullamarine airport on a Monday.

If I could humbly re-do this Earth again, I would make it so that flies and mosquitoes wouldn’t exist. Or at least make them sworn enemies and pitch them in a battle against each other for the  rest of their annoying lives here. I mean, seriously – what good are mosquitoes, I ask you? It’s not like we have dinosaurs roaming the earth again because of DNA found in one of their fossilised ancestors! The world could do with a lot less dengue, Zika, Ross River and whatever else these spawns of Satan transmit.

Anyway, back to the flies. Whenever I try to walk the dogs, the flies always hang around me ‘waiting for a mate’ because they are attracted to the food I carry for the dogs. I can’t describe to you what amount of hand-eye coordination it requires for me to hold the leash of two dogs with an open bag of chopped fruit and dried liver in the other hand while simultaneously picking up poop and attempting to swat away flies that have danced around said poop all at once.

The only way I try and make sense of it all (I’m weird, I know) is that I imagine the flies to be Rebel X-Wings and my head to be the Imperial Death Star, and that they are trying their best to destroy me. You know, to bring balance to the Force. Somehow that makes them the good guys and allows me some measure of comfort enough for me to leave them alone. Strange, I know, but it works. Some days, however, I wish they would leave my Star Wars good looks alone though. 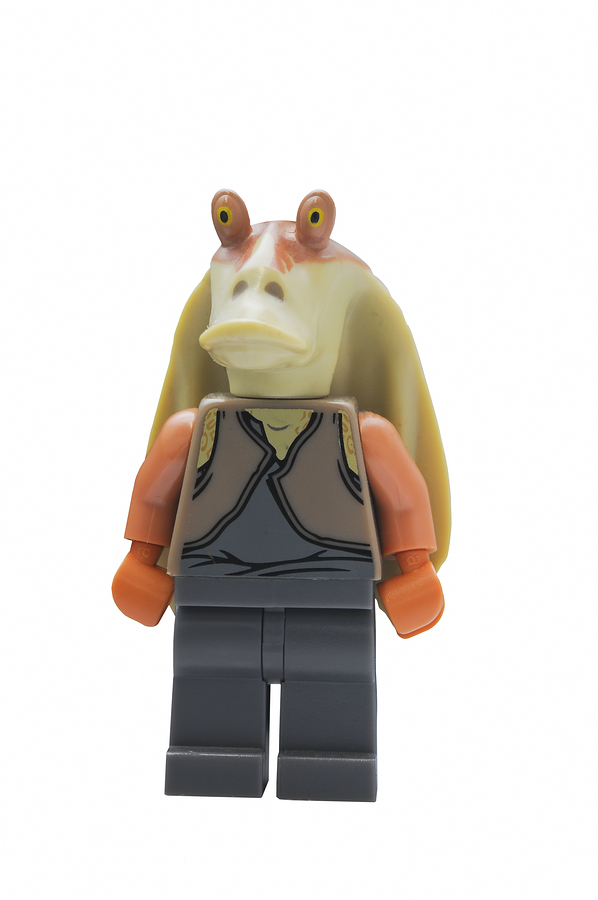 Man, walking the dogs in the summertime can be so tiring. Imagine trying to fight off flies, feed the dogs, look out for other dogs and bicycles while trying not to trip over their leashes straight into their poop and you can imagine the challenges of being a dogparent. Add to that the occasional heart-stopping surprises that you suddenly find them carrying in their mouths when you look away for even a second – I am starting to see why my next-door neighbour jokingly offered me to have both his dogs for $10 (I think he was offering to pay me).

Summertime on a blazing hot day is when the streets are strewn with dead birds in various stages of decay. These birds have unfortunately died from heat exhaustion and fallen off their branches straight into the paths of Toby and Tootsie, who always fancy some Kentucky Fried Pigeon. It is not uncommon to look down, look up, and then look down again at these dogs to see them carrying a furry passenger in their mouths. And then trying to get them to drop it while suppressing your own intense desire to vomit and pass out at the thought of how much germs must exist in the tongue of the dogs which they lick your (handsome) face with. 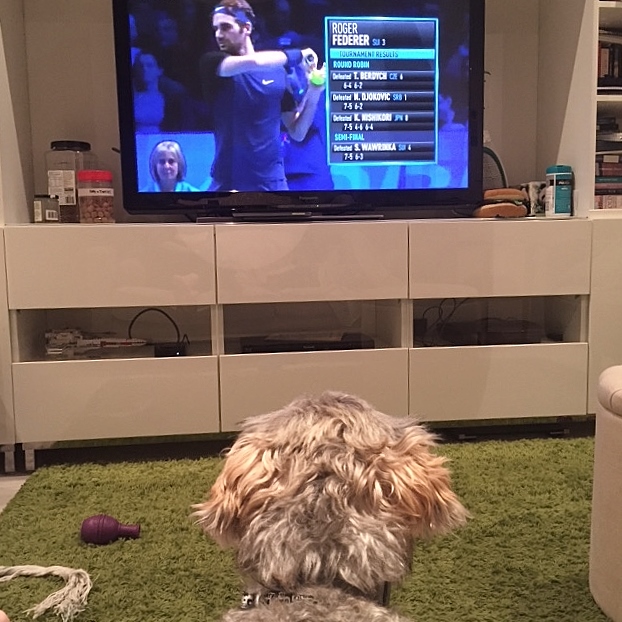 Seriously, if these dogs were ever to die of food poisoning, I won’t be held responsible. I just can’t. I can’t be looking down on the floor and their mouths 24/7 while negotiating neighbourhood traffic. It’s just impossible. Why just the other day, I let Tootsie and Toby forage in a bush for a little too long (let them sniff around on walks, the experts say. It’s good for their mental stimulation, they say.) and then suddenly I hear this crunching sound coming from them.

Wait a minute, I thought. I don’t remember feeding you.

A straight look down into their mouths and Tootsie was carrying this clod of earth in her mouth which she was happily chewing through. Bits of it fell to the ground, and I saw maggots wriggling in it. Maggots. Live maggots. Wriggling in whatever the heck this brown monstrosity was.

I let out a little girly scream and then focused all my energy on Tootsie, trying to get her to drop her gross evening snack out of her mouth and onto the floor. Then I hear more crunching behind me. And I turn to see Toby smiling at me, happily eating the worm-filled chocolatey remnants while I was busy with Tootsie. Another girly scream and I may or may not have passed out for a short while.

Seriously, these dogs! I’m going to keep them indoors until summer is over or, you know, forever. Better eating house-ants than whatever blockbuster Mother Nature has to prepare, I say! 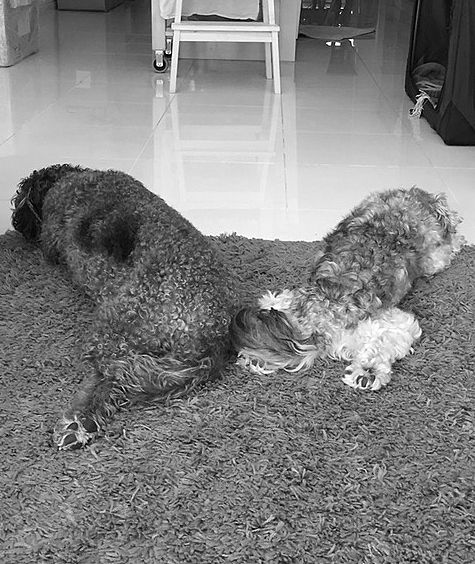