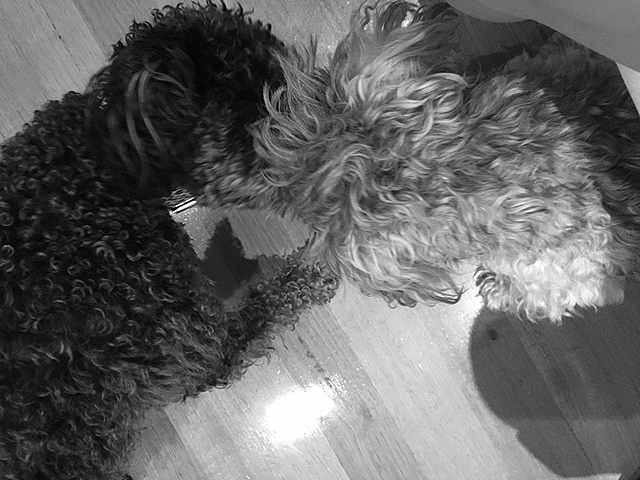 Happy Father’s Day to all the fathers out there who are celebrating it today! Take a bow, and have a great day, gents, because, man, I just don’t know how you guys do it.

Three weeks into looking after Team Toto, and it has been hard work. Fulfilling, yes, but hard work. 6.30 am starts and two to three walks a day, I have never been healthier/more tired in my life! My hands carry the stripes of the python-tight leashes constricting from all their straining when we go out on walks.

This morning on our walk, I had the best Father’s Day gift ever. I was walking the dogs in the dog park (which will henceforth be known as the Toilet) while playing our usual game of Is It A Stick or Is It Dried Poop? (hint: if it crumbles in your hand when you try to play fetch with it, it’s poop.) with Toby and Tootsie, and they had their usual pee.

A little bit more of a walk, and then somehow – and this has never happened before – they pooped at the same time. Without looking at each other, they coordinated a Boyband Time-Perfect Synchronised Poop. Backs to each other, no look, poop. Toby surprisingly took the lead and Tootsie, almost a split second later did the Simultaneous Squat ™ and were done (Ta-dah!), requiring only one plastic bag to clean up with, and to top it all off, we were very near a dustbin as well! I have never been more proud!

(But this was choreographed poop!) 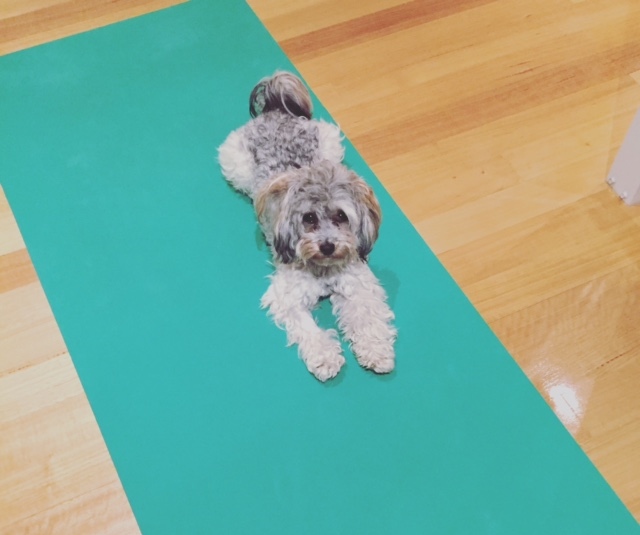 I have also started doing the parent thing and calling them accidentally by each other’s name, before catching myself. Which is very hard when you try and train them as well. (Sit! Down! Good boy, Toby, my you are a smart one! I mean Tootsie! And I mean good girl! Good girl, Tootsie!)

Karen has been struggling with the ‘his/her’ pronouns as well for them – but you can’t blame us. Tootsie looks like a poodle crossed with George Clooney’s hair, and will probably one day marry a hot humanitarian lawyer. Toby looks like a poodle crossed with an entire Korean boyband’s worth of cuteness – pretty, and pretty useless too.  He is nothing but a great lap dog, which I guess is God’s way of being fair – Tootsie has the smarts, and Toby has the looks.

Toby: able to 1. sit. Like you know, whenever. Not necessarily on command.]

The people at the animal rescue told us that we would see different layers of their personalities come to the fore as the weeks go by, and Toby has certainly found a little bit of his confidence – much to my dismay. He has found his bark, and he is not afraid to use it. Once or twice we have seen him fight with Tootsie when she snatches at a bone he was chewing on or when she jumps in to grab a toy off him he was playing with. He growls to show his displeasure at Tootsie, but like an annoying fly she just dismisses him. 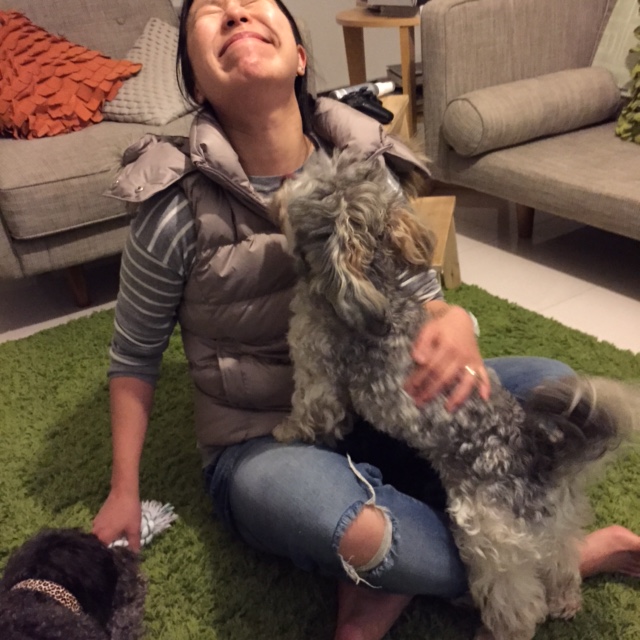 It certainly has not been perfect – I wish I could report that their (mostly) unconditional love has been met with the same response. There are still fleeting moments of weakness when I still want to give them away. Like yesterday, when after a long day of walking with them, and playing with them, I tried to lie down for some shut eye at the totally appropriate time of 5.30 pm.

Let me explain Saturday evening to you where we live. Saturday evening is the equivalent of Doggy Halloween – where all the dogs wander around the suburb where I live, haunting the area, trying to find someone to lick to death. Their mere passing across our front door sends Toby and Tootsie into conniptions – Tootsie’s deep bass barking (she’s a dude, really!) and Toby’s (Korean boyband) high-pitched barking coming together in a cacophony of whatever the opposite of Boyz II Men is. Toby’s, in particular, is un-ignorable. And so, after two minutes of trying my best to lie in bed and not feel their barks pierce my very soul, I storm off outside and tell them to keep quiet (my words were of an ungentlemanly nature).

Also, for the most part they have been reserving their Business Matters for the Toilet outside, but as of two days ago, mysterious puddles have started reappearing in the house. Toby (henceforth, the Pondmaker) is relieving himself in the house again despite numerous walks and cajoling to the backyard to pee, and we don’t know why.

Week 3, and a glimpse into fatherhood, in all my failures, fearful, flawed and still a little fresh. I can only imagine that looking after a little human being is so much harder. At least the dogs sleep throughout the night.

I think about the mugs or T-shirts that float around today that say ‘World’s Greatest Dad’ and I cringe a little at the pressure of having to live up to those lofty expectations. I will never be the greatest Dad. Perhaps our presence is more important than our perfection, and, with the limited energy that I have in me, I will strive to be the World’s Good Enough Dad. 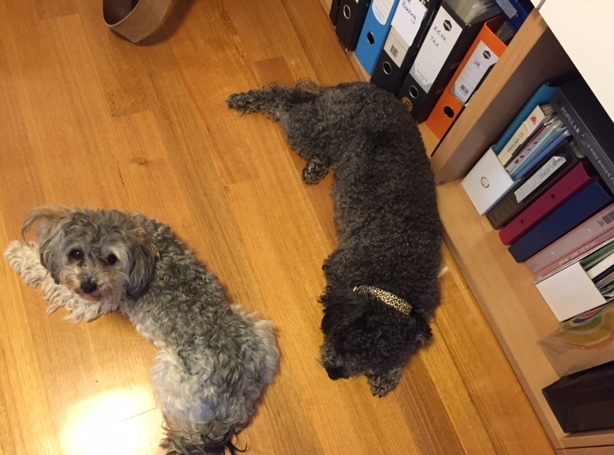 There are great moments of joy, still – the dog’s quiet company as I am typing this, Toby rolling over for his belly rubs (his only trick in the book to get the ladies. Works everytime, by the way.) and Tootsie licking Toby’s face in pure, innocent (we hope) love. They have learnt to obey the command ‘Stop’ when we go out walking, and have mostly stopped barking at the Humans.

But God help us if a dog crosses our path. The barking, the mad leaping and tugging on the leash, the look of fear and accusatory anger in the other owner’s eyes when I try to stutter and explain that they’re new, and mostly harmless. And then Team Toto attack the other dog like a WWF tag-team. I pull them away, and if my hands weren’t so secured by their incessant tugging on the leash, I would totally facepalm myself.